Molly brushed her hair till it shone, applied another coat of mascara to her eyelashes, smacked her rouged lips together and kissed her reflection in the mirror. She looked good. The soft pink of the dress brought out the glow on her face. Her new heels made her look taller and slimmer. She had blown a months salary to buy the dress, shoes and some makeup and it still pinched, but she knew every penny spent for today would be worth it.

Today was going to be special, she could feel it in her bones.

Molly had first met Mr Xavier 4 months ago at the airport, where she worked in the security department. She had only noticed him because he was a fine looking man, always well dressed, always accompanied by an entourage and someone who travelled very often. When she first saw him looking at her she shrugged it off as her imagination. When it happened again she looked at him from under her lashes. The next time, seated at his usual place in the glass-fronted lounge that over looked the airport, his eyes kept searching for her. She confirmed it by hiding behind a pillar, from where she could see him seated in the lounge but he couldn’t see her, and giggled as he looked for her. She knew this airport like the back of her hand, after working here for so many years.

He travelled frequently and was at the airport at least once a week, if not more. After a month spent seeking her out with his eyes, Mr Xavier sent one of the people from his entourage to approach Molly, wanting to know if she would join him for a coffee.
A furious blush bloomed on her face and she stammered her response, her work rules would not allow her to join him for coffee. The man walked away with the message as she stood rooted to the ground. When she looked up at the lounge, she saw the man who had just spoken to her bend towards Mr Xavier’s ear and as he finished relaying her message Mr Xavier graciously inclined her head towards her. Molly rushed to the restroom and splashed water on her face. She was elated, and stunned.

The next time Mr Xavier was at the airport, the same man who had approached her previously made his way towards her. Very discreetly, so only Molly and he knew what was going on, he slipped a small package into her hand and walked away. Molly quickly slipped the package into her pocket. It had all happened in the blink of an eye. After her duty for the day was over Molly rushed towards her locker, hoping there would be no one there. She was in luck as the locker was empty. She took out the package and unwrapped it gently. The paper fell apart to reveal the tiniest red rose she had ever seen. The stem of the rose was covered with a strip of paper. As she unrolled the, very expensive looking, paper she saw a number with a message, ‘This is my personal number.’
Molly’s sat down on the bench, as her legs couldn’t support her any longer. Her heart was thudding in her chest. She couldn’t believe that she was being singled out for attention by a, very obviously, good looking and influential man.

Molly’s cheerful nature never let people guess that she hadn’t had a good life. She never knew who her father was. One day her mother decided that motherhood was not her cup of tea and had disappeared with no forwarding address. Brought up by an Aunt and Uncle who did their best to make her comfortable, Molly still felt like an afterthought in a house which was bursting at the seams with six children all of who were older than her.
Not too bright where studies were concerned, she struggled through school and college. Boys whom no one fancied, fancied Molly, who didn’t fancy them in return, inviting their ire, and that of their friends.
She kept herself busy doing odd jobs and baby sitting, saving up every penny, till she could afford to move out and live on her own.

She now shared a bedsit with 5 other women. It was bare, it was uncomfortable, it was cheap. She was just glad to have her own space and to be on her own. Molly had cozied her side of the room as best as her imagination, and pocket, would allow and she looked forward to returning to it after a long day at work.

She was a hardworking girl. She agreed to work on all holidays, as she had no one to go with and nowhere to go either. At least at work it was cheerful and the airport was bustling, and the extra bit of money she made went towards her ‘Fund for a Finer Future’
A few days after receiving the rose and the note, Molly gathered the courage to call up the he number given. Mr Xavier had a deep voice and spoke very well. He suggested they meet up for coffee at a place of her choice, and they did.

Molly was nervous, Mr Xavier was not. Over a Frappe and Donut, for her and an Espresso, for him, after the initial hesitation Molly started talking and how. Over the next few meetings Molly continued talking and talking, surprised that she had so much to share. Mr Xavier was a good and patient listener. He didn’t interrupt, he prodded her when she seemed at a loss for words and seemed to have an endless supply of crisp, white, linen handkerchiefs whenever her tears flowed. After these meetings Molly often reached home to find flowers, a box of chocolates or some trinket waiting for her. He was a decent man too. Except for patting her hand, he hadn’t touched her and at the airport all he did was look, respecting her workplace.

But today things were going to change. Mr Xavier had invited Molly to dinner, at the most exclusive and expensive restaurant in the city, the name of which she couldn’t even pronounce! He was sending a car to pick her up too! She was excited! She had a feeling he wanted to take the relationship to the next level, and blushed as she thought about it.

The car arrived for Molly and she was stunned to see it was a limousine. She had only seen pictures of one before! She sat inside it and looked around in wonder, it was gorgeous! Her eyes took in everything gleefully, the car was so smooth she didn’t even feel that she was moving, and before she knew it the car stopped and the door was opened for her. She stepped out and was escorted to the most gorgeous place she had ever seen, or imagined. The restaurant was golden everywhere she looked with deep red velvet upholstery on the chairs. She turned to see Mr Xavier sitting on a table in the center, looking even more dapper than he usually did. She was escorted to the table and seated opposite him. Courses after courses of the most delicious meal followed and she was happy to note that Mr Xavier was talking too. As they sipped on the post dessert coffee, Mr Xavier slid an envelope across the table towards Molly.

Her eyes mirrored her puzzlement as she looked from the envelope towards Mr Xavier. He asked her to open in. As she did, a slim strip of paper fell out, with some numbers and alphabets on it.

‘What is this Mr Xavier?’
‘It’s a code’ he answered
‘A code? For what?’
‘For a small package which is coming for us. Through your airport. And you will see to it that it reaches us.’
Molly took in a sharp breath, ‘Why should I do that? I don’t work for you!’
‘Now you do.' 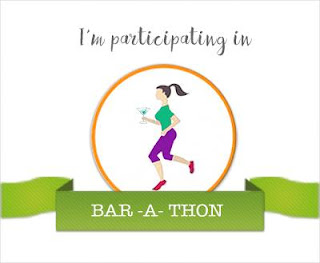 Writing as part of Team Purple Rain for the prompt, 'Wishful Thinking'