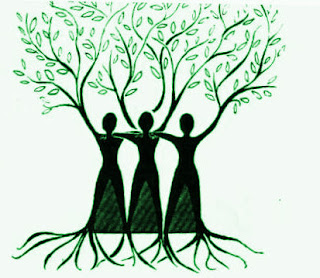 As women we grew up hearing, ‘There is safety in numbers’.
We started believing it when we were whistled at, or followed, or deliberately brushed against, or had filmy songs sung loudly for us as we walked on the streets alone.
We protested, we raged, we swore to change things when one of our ilk was molested or abused. But we were told to shut up and live with it. By our mothers, sisters, aunts, friends and other women.
And we did.
We cringed inside, carried compasses or safety pins on public transport, discussed it, were angered by it, and learnt to live with it.
Incidents of rapes angered us, drove us to protests, inspired candle-lit silent marches, and a primetime slot in news channels for a day or three, and soon became a memory.
We blamed the Government, the Male species, the lack of empathy, and raged and ranted. And then we were silent.
The degradation of a woman’s honor continued, as did our rants.
When will we realize that no one will do a thing. Not the government, nor the media, nor the protestors.
No one, except us.
As a woman, it’s time to stop looking outside for help.  It’s time to start reaching out with a helping hand instead. When you see a deliberate brushing past, a grope, a leer, which brings fear into a Sisters eye, stand beside her and watch that fear become a fearsome look. Any action or word that violates a woman’s safety and honor, come together as one and  help bring about a change. Be a silent supporter, and a violent one if need be.
Believe, reassure and be there for a Sister who has been through it. Teach your Daughters to be brave, to take care of themselves, to hold their head high, and lash out fearlessly. Be there for your Sisters so no one can get away with scarring her with a horrible memory.
Not because we are weak, but because we must.
After all didn’t we all grow up hearing, ‘There is safety in numbers'